What does the term “Mormon” conjure up for you? It’s always sounded to me like a weird sect that refers to polygamous families living in outback Utah or people who communicate with aliens (I don’t know, it just does), or a group of people out of touch with the rest of the world who follow some man named “Mormon”. I know why the Church is referred to by that name (by people who don’t know much about it, or who are trying to make it understandable to them): we are almost the only church who believe in The Book of Mormon (if you didn’t know, it’s a book of scripture detailing the religious and social history of several groups of ancient peoples who emigrated to the Americas from the Old World). I know all the practical reasons. But it frustrates and even disturbs me, and I’ll tell you why.

Pretty simply, I’m not a “Mormon”. There are things which I definitely am, and “Mormon” doesn’t describe them; it actually opposes some of them. People around the world are far more likely to have heard this term than any other that relates to our faith; but it doesn’t make it correct – and it makes me sad that it is this way. Why? Isn’t it just a pedantic distinction between words? Well, no. 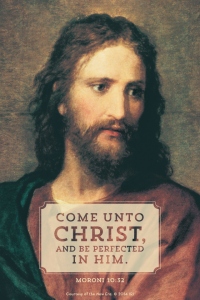 I belong to the Church of Jesus Christ of Latter-day Saints. I am a disciple, or follower, of Jesus Christ. I believe in His gospel, I am trying to become like Him, and I have accepted Him as my Saviour – “the author and finisher” of my faith. I love and revere Him, and have covenanted to “always remember Him” and to be a witness of Him “at all times, and in all things, and in all places”. Part of this is being known by His name – I took His name upon me when I was baptised into His church. I want to be known as His follower, not someone else’s. The things I’ve promised are very real and sacred to me; enough that a distinction of words becomes important.

The real Mormon was a righteous, courageous and hard-working man who is one of the main reasons we have the Book of Mormon. He searched through hundreds, perhaps thousands, of records that were likely in all states of repair – some well-preserved and others perhaps falling apart. Some well-written and others more difficult to decipher. Some deeply meaningful and others less-so. From all of these, Mormon pulled the clear, informative and enlightening information that forms the majority of the book we have today. Like the Bible, it’s a collection written by different authors but also wonderfully cohesive – because each of those authors was inspired by Heaven to write what they did. So when I say I don’t want to be called a Mormon, I don’t mean that I disrespect him or his great work. I mean that I’m not actually his follower; I’m not defined by the Book of Mormon only, and I don’t want to be associated with the sort of images that I think people come up with when they hear that term (because of misinformation it’s gathered in its history).

In the 27th chapter of 3rd Nephi, there’s a record of Jesus’ disciples (of the ‘Western’ Hemisphere) praying earnestly to know a certain thing that was obviously very important to them. Jesus “showed himself unto them” and asked what they desired of Him. They answered that they didn’t know what to call the church that He had set up among them; people had been arguing about it, and they needed to know. Jesus’ answer is simple: they had taken upon themselves His name; covenanted to follow Him the rest of their days. His name was powerful to save – the only power, in fact, that could save. So who else would they call His church after except Him? Jesus repeats this a few different ways – you know that when a teacher repeats something, it’s because they want you to remember it, because it really matters.

Verily I say unto you, that ye are built upon my gospel; therefore ye shall call whatsoever things ye do call, in my name; therefore if ye call upon the Father, for the church, if it be in my name the Father will hear you (3 Ne 27:7-9).

I reckon that’s pretty clear. The Church has put out guidelines (called a ‘style guide’) for those wishing to quote or mention the Church in their communications. It’s also very clear. Now, the term “Mormon” is applied in certain official capacities, such as The Mormon Tabernacle Choir, mormon.org, and even the site where that style guide exists – Mormon Newsroom (except you’ll notice that’s not included in the title of the actual site; only the domain name and on your browser tab). And it’s often used to refer to the combination of doctrine and practices that are unique to this church. Some people are happy to have it refer to them. Obviously I’m not one of them! There’s too much that it doesn’t say about me, and some things it does say which aren’t true. (So what am I supposed to use?! you’re thinking). Well, there’s the long and somewhat unwieldy, but very nice and correct member of the Church of Jesus Christ of Latter-day Saints, or the shorter but not as descriptive Latter-day Saint (the one I use the most to describe myself and other members of the Church). You could quickly say LDS (as in, she’s LDS), but it’s a bit vague unless you know exactly who/what you’re talking about. Or you can just say I’m a disciple of Jesus Christ, or simply a Christian. All of these are correct, and they all describe what I really am, or am trying to be.

The name of Jesus Christ, although used in vain by people who don’t understand its potency or sacredness, is the most powerful name in the world. We’re told that repeatedly in the scriptures. It is the name that can save us, remind us who (and whose) we are, and lead us onwards to eternal life. That’s why our church is called in His name, why we pray in His name, and why we call ourselves His followers. Because He is our Saviour, and He is mighty to save. He is the Father of the faithful, the loving Shepherd who keeps us safe in His fold and leads us to green pastures; the Bread and Water of Life. Why would I want to be known as anything else but His follower, daughter and friend?